Keep Me now has preorder links at Amazon, iTunes, Kobo, and Google Play! No B&N preorder link, unfortunately, but I promise I’ll upload it there in time for September 30th.

To celebrate, I’m posting another excerpt below. This one is from Nora’s POV, from the beginning of the book.

Sitting there in Julian’s embrace, I feel the familiar hum of excitement mixed with trepidation. Our separation hasn’t changed him one bit. He’s still the same man who almost killed Jake, who didn’t hesitate to kidnap a girl he wanted.

He’s also the man who nearly died rescuing me.

Now that I know what happened to him, I can see the physical signs of his ordeal. He’s leaner than before, his tan skin stretched tightly over sharp cheekbones. There is a ragged pink scar on his left ear, and his dark hair is extra-short. On the left side of his skull, the growth pattern of that hair is a bit uneven, as though it’s concealing a scar there as well.

Despite those tiny imperfections, he’s still the most gorgeous man I’ve ever seen. I can’t tear my eyes away from him.

He’s alive. Julian is alive and I’m with him again.

It still seems so surreal. Up until this morning, I thought he was dead. I had been convinced that he had died in the explosion. For four long, excruciating months, I had been forcing myself to be strong, to get on with my life and try to forget the man sitting next to me right now.

The man who stole my freedom.

The man I love.

Raising my left hand, I gently trace the outline of his lips with my index finger. He’s got the most incredible mouth I have ever seen—a mouth made for sin. At my touch, his beautiful lips part and he catches the tip of my finger with his sharp white teeth, biting down on it lightly, then sucking my finger into his mouth.

A tremor of arousal runs through me as his warm, wet tongue laves that finger. My inner muscles clench, and I can feel my underwear getting damp. God, I’m so easy when it comes to him. One look, one touch, and I want him. My sex feels swollen and slightly sore after the way he fucked me earlier, but my body aches for him to take me again.

Julian is alive, and he’s taking me away again.

As that fact begins to sink in, I pull my finger away from his lips, a sudden chill feathering over my skin and cooling my desire. There’s no turning back now, no possibility of changing my mind. Julian is again in charge of my life, and this time I’d willingly flown into the spider’s web, placing myself at his mercy.

Of course, it wouldn’t have mattered if I had been unwilling, I remind myself. I remember the syringe in Julian’s pocket, and I know that the outcome would’ve been the same regardless. Conscious or sedated, I would’ve been accompanying him today. For some messed-up reason, that fact makes me feel better, and I place my head back on Julian’s shoulder, letting myself relax against him.

It’s futile to fight against one’s destiny, and I’m starting to accept that fact. 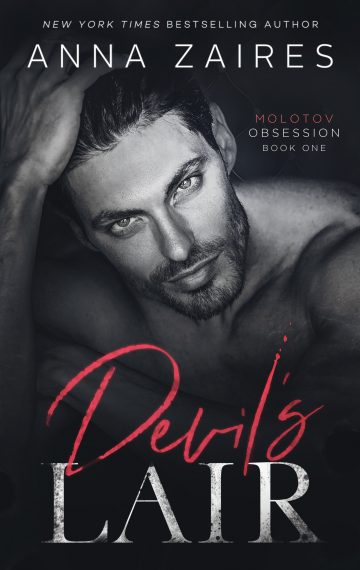 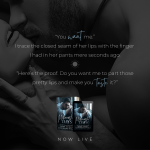 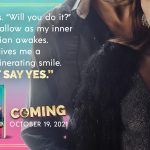