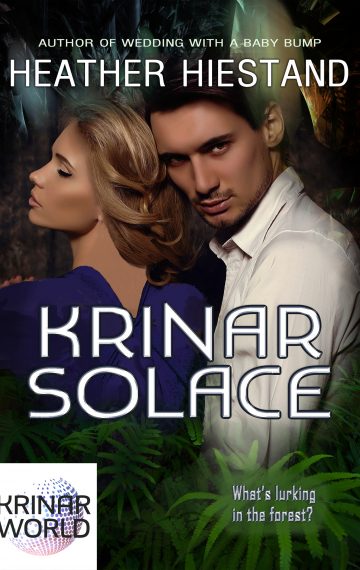 When young Krinar scientist Tomek’s forest experiment goes horribly wrong, he crashes under a tree. Badly wounded in the accident, he’s found by mushroom hunter Keziah Roark, who doesn’t recognize him as an alien male. She attempts to drive him to a hospital, assuming he is a fellow hunter, but he refuses to go before losing consciousness. Following the independent code of the circuit pickers, she nurses him in her Washington State cabin in the hopes he’ll recover his memory as he heals.

After Tomek wakes, he knows nothing but hunger for the delicious female he assumes is his mate. Keziah is a virgin but is too aroused to resist the darkly sexy male. Taking him to Ellet, the Krinar’s human biology expert, for medical attention, seems the right thing for Keziah to do, but the consequences of learning Tomek isn’t human might break both their hearts.