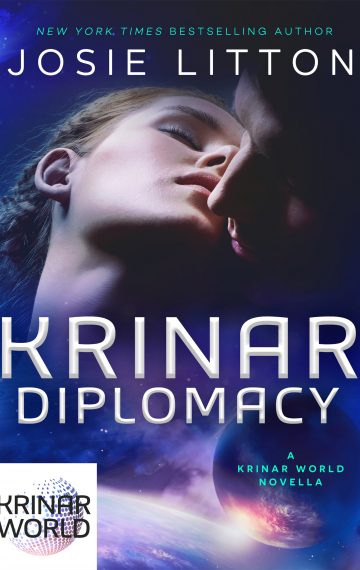 In an instant, he claimed her.
In a moment, both their lives changed forever.
In a time of madness, can their love survive?

When a brilliant Krinar diplomat with a well-earned reputation for ruthlessness rescues a young human female from a rampaging mob during the Great Panic, he knows at once that she’s triggered something in him he’s never encountered before. Overwhelmed by a sense of possessiveness too powerful to be denied, Jarek surrenders to his darkest instincts and claims her as his own.

Having survived the deaths of her diplomat parents at the hands of terrorists when she was a child, Charlotte has always had to be gutsy and self-reliant. Determined to dedicate her life to working for peace, she’s willing to give the Krinar a chance to prove that they aren’t the monsters many people believe them to be. But she isn’t prepared for the overwhelming passion of her response to the alien who has claimed her. Together, they must confront both their feelings for each other and the forces that threaten to tear a world–and them–apart.

Can Jarek and Charlotte survive the pain of their own pasts amid the chaos of the present? Can they overcome all the odds and create a future together?