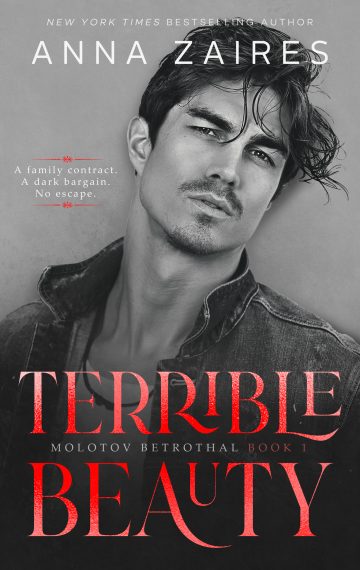 A family contract. A dark bargain. No escape.

Eleven years ago, I met him. A year later, I was betrothed to him. Now he’s come to claim me, slaughtering anyone standing in his way.

My husband-to-be is a monster from a family as ruthless and powerful as mine, a man who deals in violence and destruction… a man terrifyingly like my father. For over a decade, he’s stalked me, shadowing my life.

My name is Alina Molotova, and Alexei Leonov is a fate I can’t escape.

Other Recent and Upcoming Releases